Read the poem below about the vikings and answer the questions. 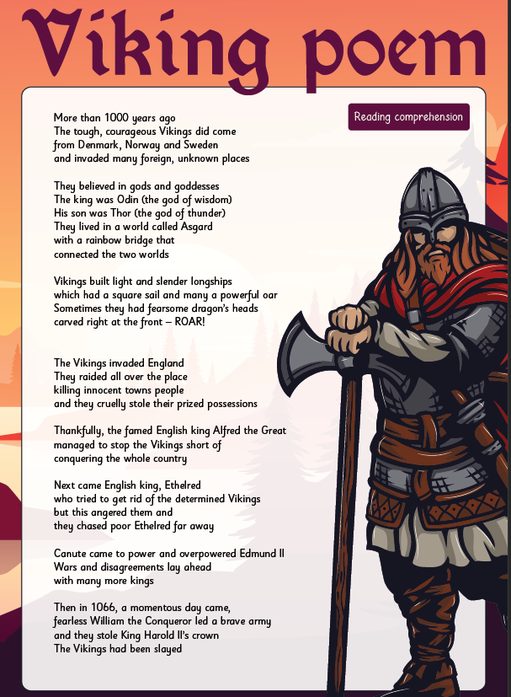 1. What do we learn about the vikings in the first verse of the poem? Write two examples.

3. How could you travel between Asgard and the Viking world?

4. The longships are described as long and slender.

Which word below has the closest meaning to slender?

5.  Why do you think the longships were designed to be built light and slender?

6. Why do you think there were dragon's heads at the front of the longships?

7. The vikings conquered all of England. True or false?

8. Which king wanted to get rid of the Vikings?

9. What does the word 'fearless' tell us about fearless William the Conqueror?

10. Summarise what the poem teaches you about the vikings in three sentences.