Complete these rockets by writing the correct answer. 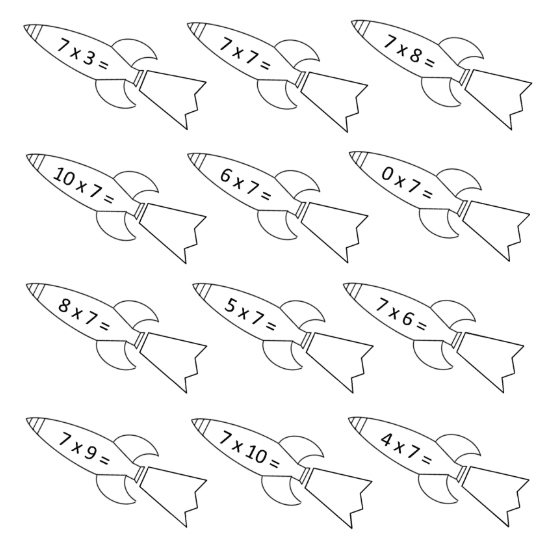 What is the next number in each of these sequences: 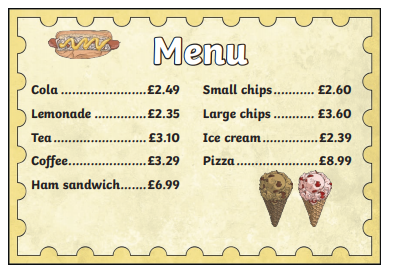 How much would it cost for the following:

a)  two tea and a ham sandwich

b) two pizzas and a large chips

c) two ice creams, a ham sandwich and a cola.

d)  a lemonade, a cola and a large chips Can both children afford to buy the book?

This week, let your imagination run wild and make your own creative writing piece. You could write a story, make a comic, research a fact-file, write a poem...it is up to you!

Plan your idea - make a map of the story arc so you know the journey your character is taking.

Don't forget detail - the more detail you add, the better the reader can picture your story. Use expanded noun phrases and subordinate clauses to help.

Use your senses - show sentences that use the characters senses (sight, sound, taste, feel and smell) to describe what is going on or how they are feeling.

This is a picture from Alice in Wonderland. Imagine you have been shrunk. What adventure would you go on? How would you describe the size of items around you? What dangers would there be to a miniature person?