Our Learning for AUTUMN 1

What we will be learning in Autumn 1: 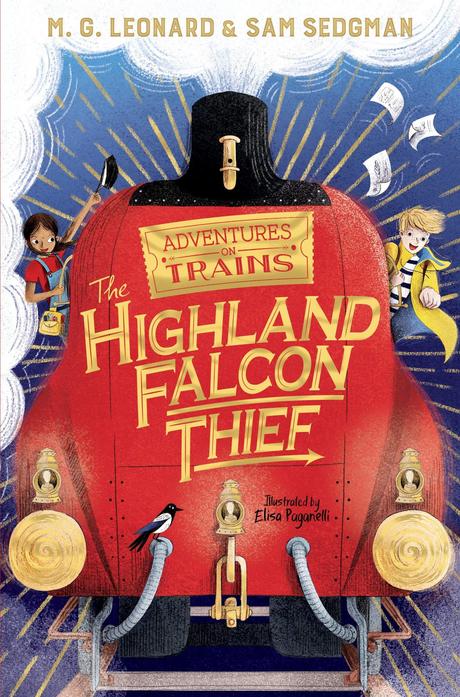 Liked The Highland Falcon Thief? Why not try the sequel: Kidnap on the California Comet.

Reader of the Week - Will

Achievers of the Week - Nicole, Darcy and Lucie

As part of STEM week, 4S have been looking at food technology and have created their own smoothies. We looked into what makes a healthy, balanced diet and learned how our diets can affect our teeth. Next, we did a taste test on different smoothie bases and dairy-free alternative milks. In groups, we then picked the most popular smoothie base and decided on how to improve the recipe with extra ingredients. Mrs Holmes (bravely) took each group to make our smoothies where we learned about how to chop ingredients safely. Finally, we became graphic designers to design labels for our smoothies and created a persuasive leaflet to promote our alternative breakfast drink. Take a look through the pictures to see all the fantastic work we did!

Reader of the Week -

Achievers of the Week - Phoebe, Will and Eli

It has been a brilliant week in 4S. It kicked off with a Roman soldier (just Mr B) coming in and telling us about life in the Roman Army. We tried on the Roman armour and even had a go at throwing spears! Did you know that Roman citizen soldiers were given better armour than those who were not citizens of Rome? 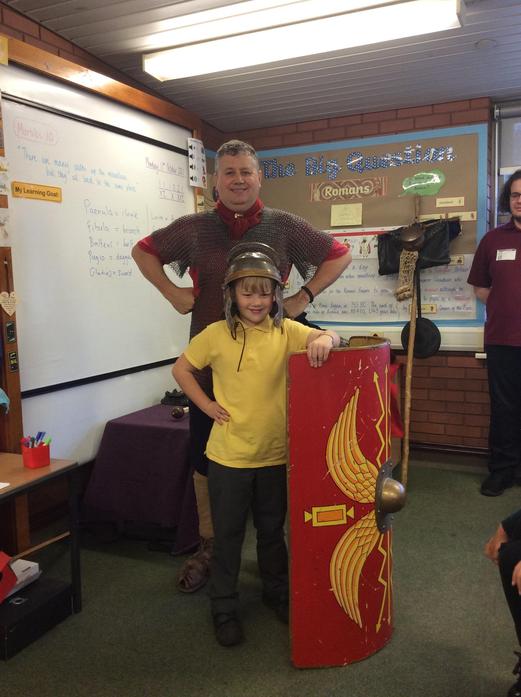 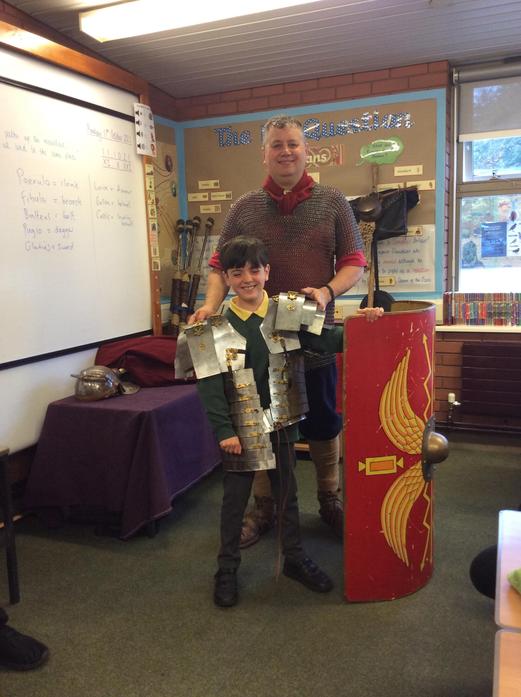 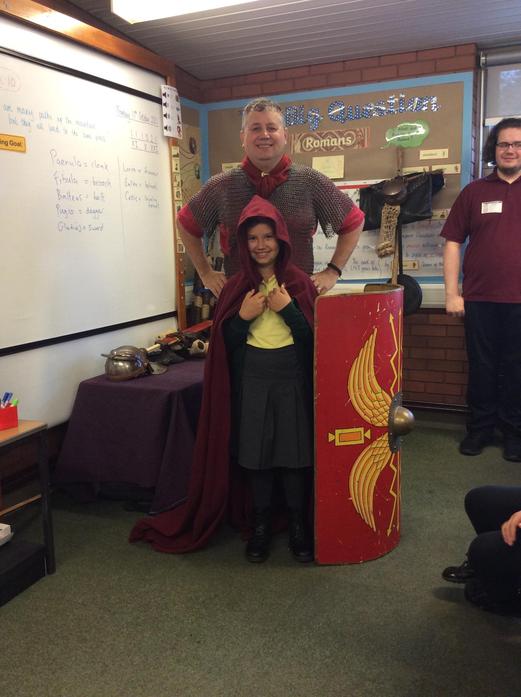 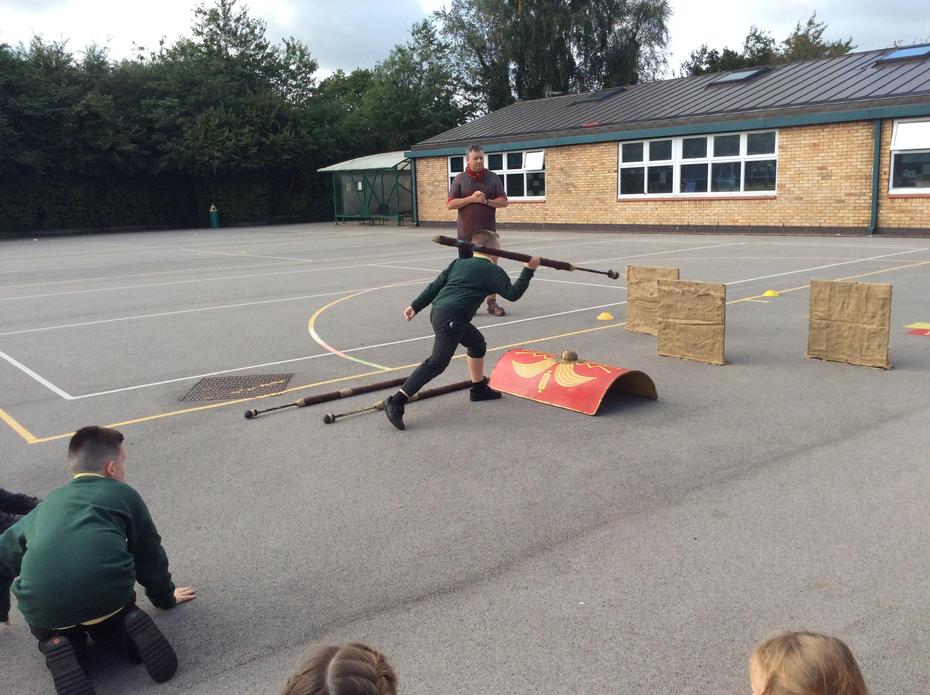 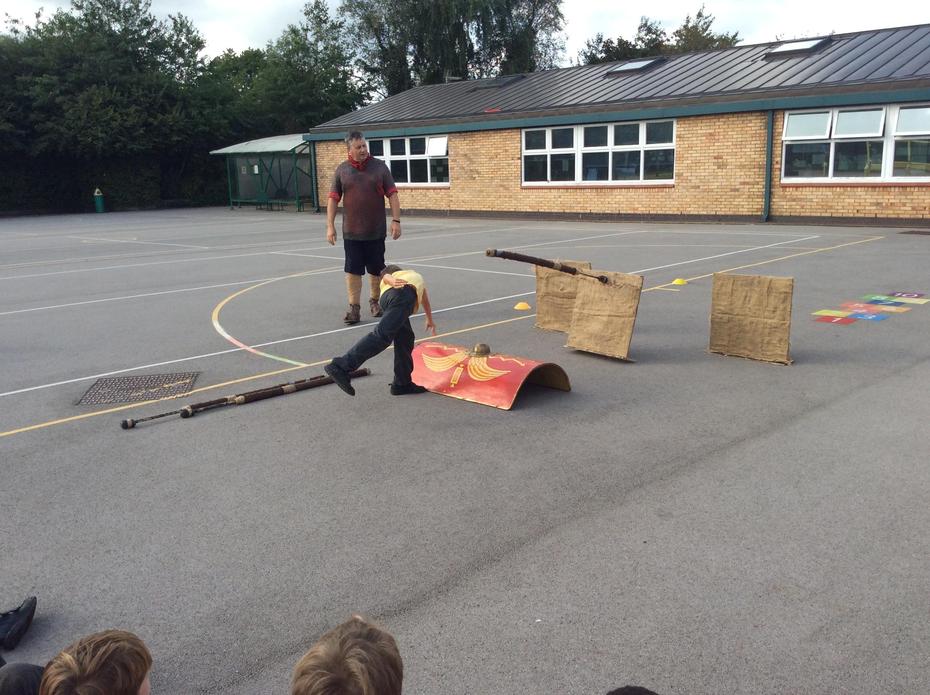 In our learning, we have tackled addition with exchanging in Maths and a second attempt at writing a non-chronological report about Roman Soldiers. We have also done our first investigation write up in Science. Take a look at Casper and Faryal's work to learn about our investigation into the melting point of chocolate: 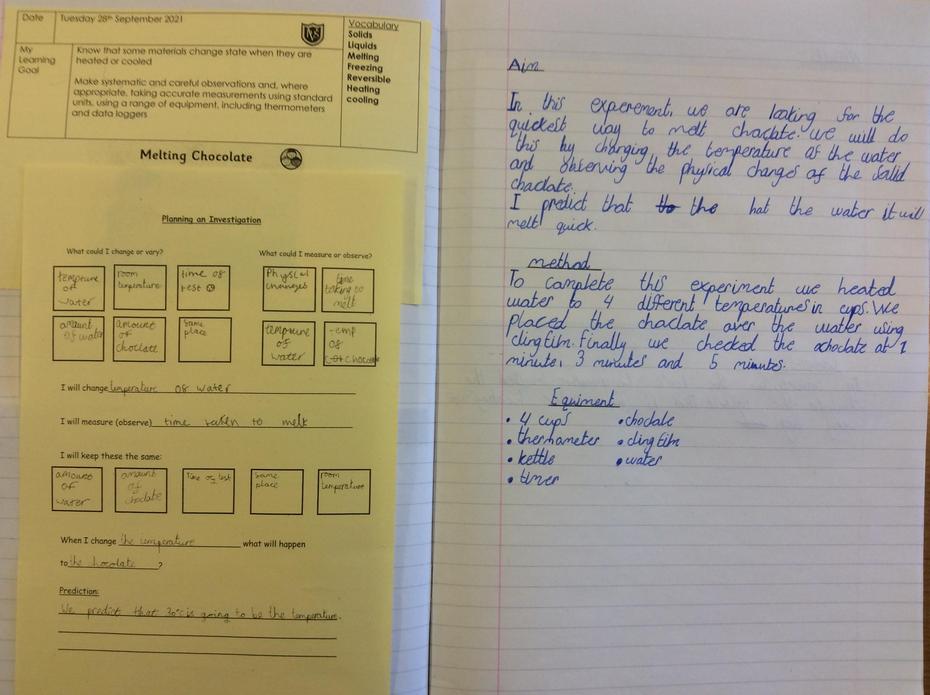 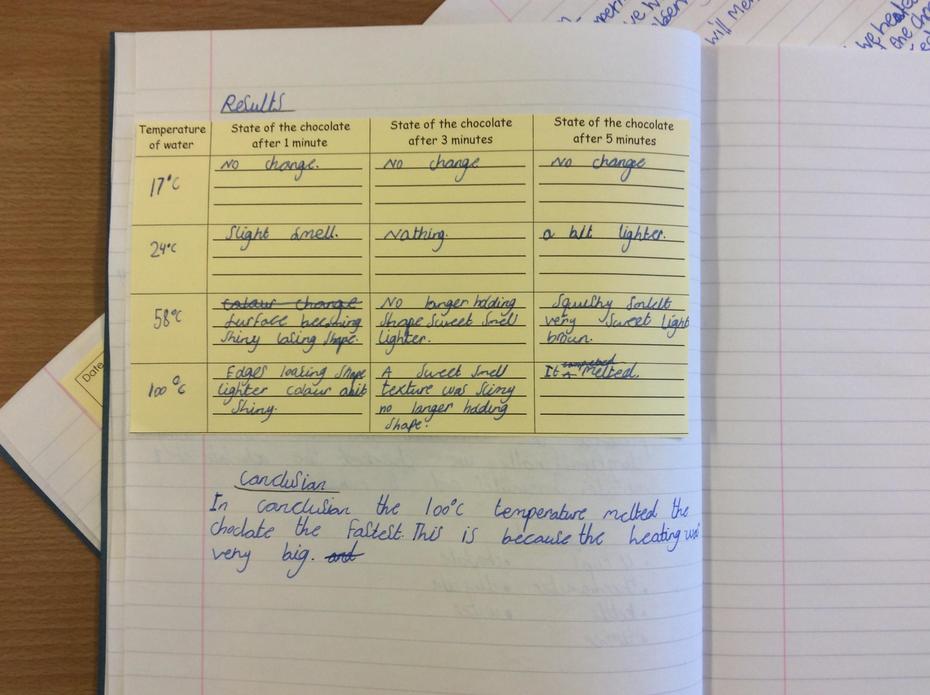 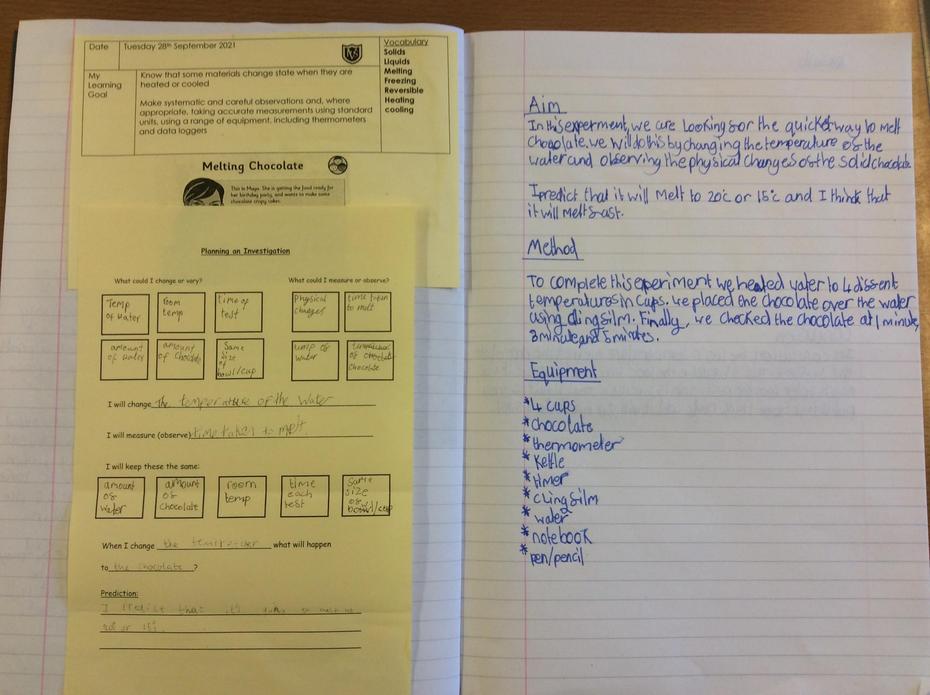 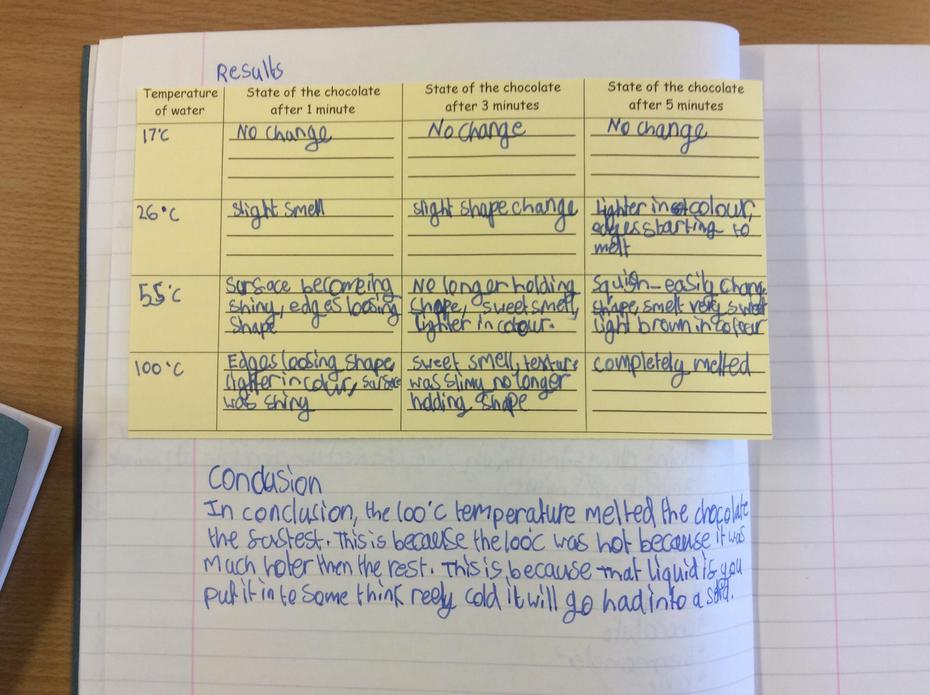 Reader of the Week - Frank

What a crazy week it has been! 4S have been superstars whilst Miss van de Stouwe was away braving the Piranha Pool with the Year 6s. This week, we have looked at negative numbers and Julius Caesar with Mr Tebbutt, Roman Numerals and non-chronological reports with Miss Tidman and looked at Hindu worship with Mrs Holmes. Ms Shepherd has helped us complete our story-boards for Computing and Mrs Campbell got us started on making a jack-in-the-box for our D&T work. Take a look at some our great teamwork during Maths with Miss Tidman:

Reader of the Week - Skye

Achievers of the Week - Freddie, Arlo and Will

It has been a super week in 4S! We have been working hard and the children have shown great maturity in their learning behaviours. In English, we have been looking at using expanded noun phrases and extending sentences using 'with'. In Maths, we have been ordering 4-digit numbers and rounding to the nearest 1,000. We have planned a Science investigation and we are all looking forward to discovering the perfect melting point for chocolate next week!

For History, we have been learning about Roman Emperors. Specifically, we have studied Septimius Severus - the first African Emperor of the Roman Empire. We did our own research looking at what he did for Britannia. Take a look at Nicole, Mila and Frank's work to see some of the things we learned: 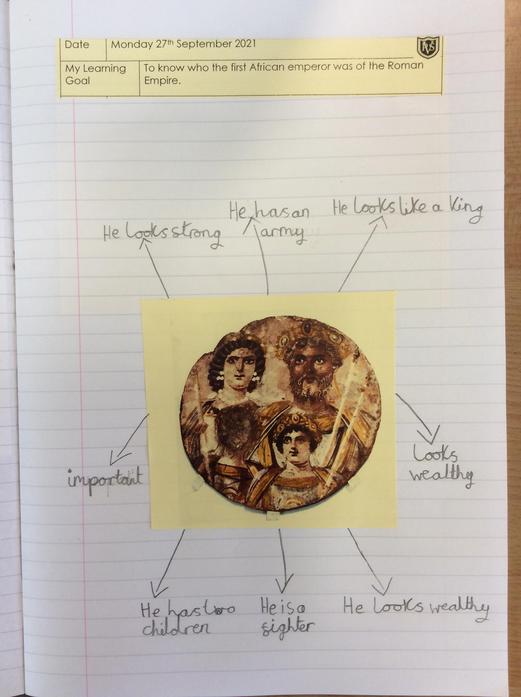 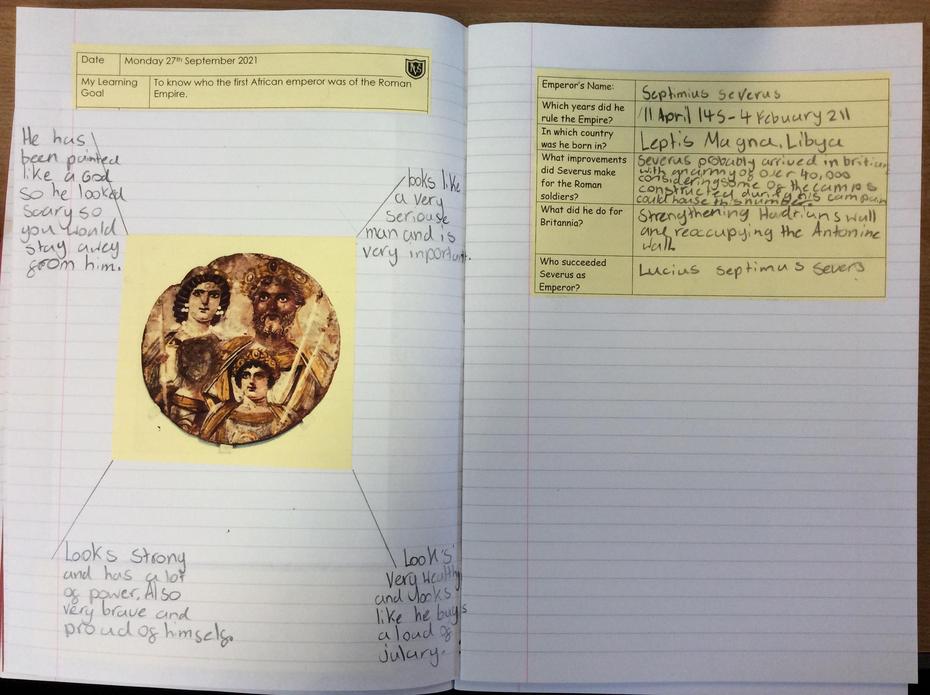 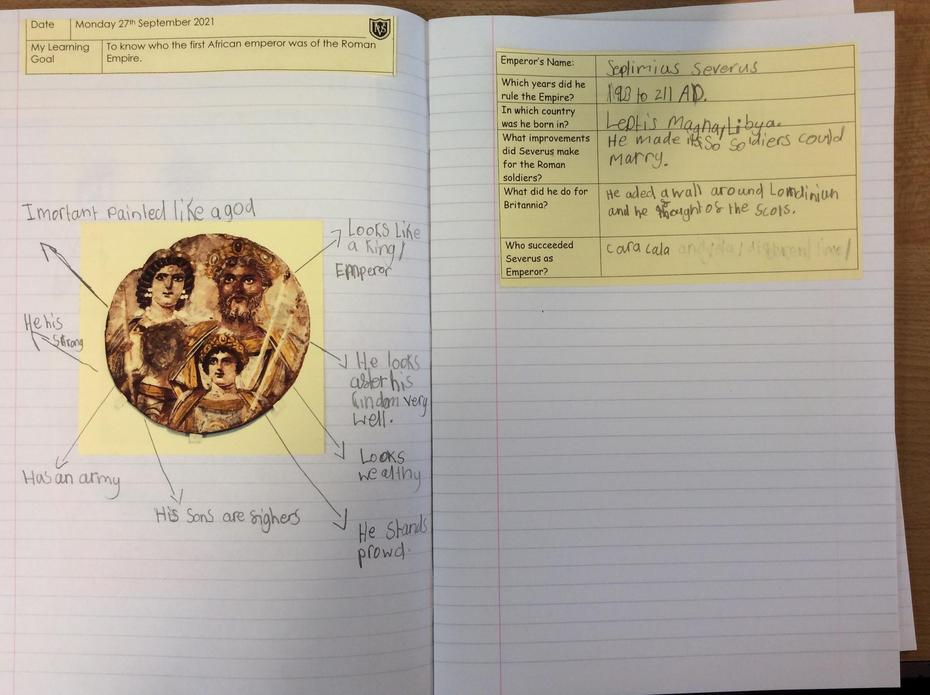 Reader of the Week - Renee

We have continued our work on Place Value in Maths this week, looking at 1, 10, 100 and 1000 more or less than a number. Can you explain what always, sometimes and never changes? In RE, we learned about 4 of the main beliefs of Hinduism which included 'Dharma' which is the practise of living with good morals. In computing, we created our own characters using Paint, ready to make a short story with them using PowerPoint in the next few weeks.

We had our first 'big write' of term this week and 4S have gotten into character (as either Tranio or Livia) to write a diary entry recounting the day when Mount Vesuvius erupted and destroyed the city of Pompeii. Have a read through Arion's, Hamid's and Phoebe's work to learn what it was like for the two children who managed to escape the disaster: 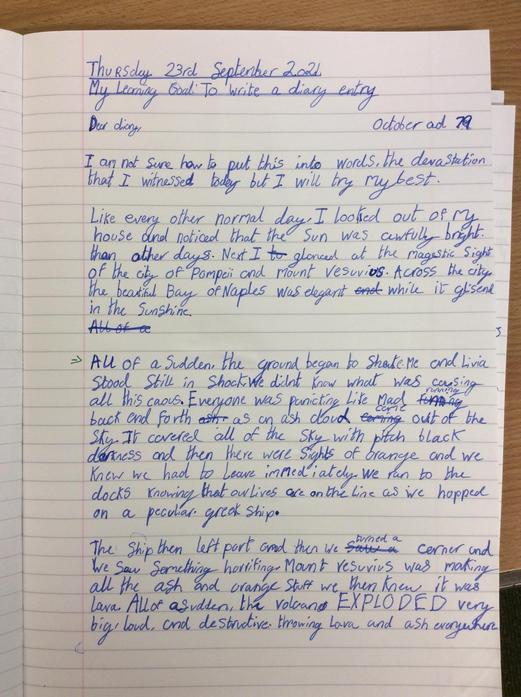 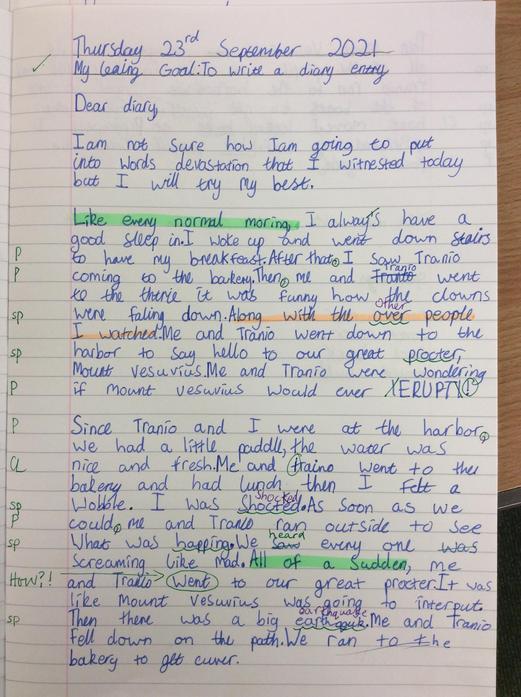 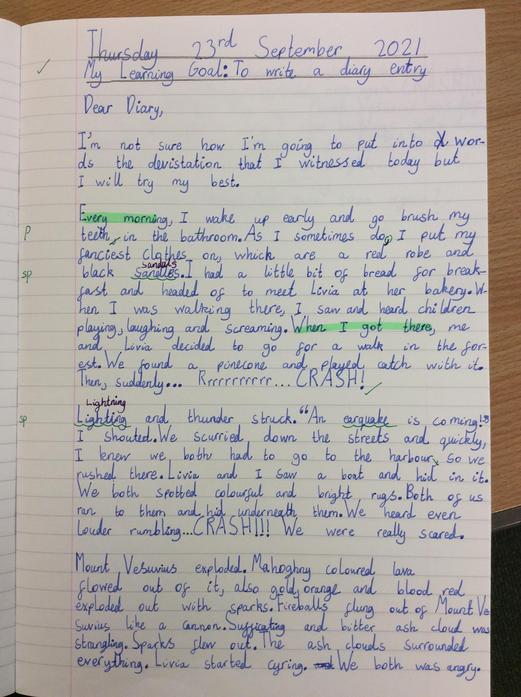 Reader of the Week - Freddie

Achievers of the Week - Alaiyah and Liz

There's been lots of exciting learning going on in Year 4 this week. In English, we began looking into our text 'Escape From Pompeii' and have learned all about volcanos to help us describe the eruption of Mount Vesuvius in AD79. We also began our Romans topic in History and discovered that the village of Rome was founded in 753BCE, around the same time the Iron Age began in Britain.

In Science, we looked at the 3 states of matter (solids, liquids and gases) and learned about the properties of each state. For Maths, we have been looking at practical ways to build 1000s numbers. Here we are using counters and base 10 to work out 1000 more and 1000 less than a number:

Reader of the Week - Nicole

Achievers of the Week - Faryal, Troy and Myah

What a great start to the year we have had! We've looked at partitioning numbers and rounding numbers to the nearest 10. We've read the first 4 chapters of Charlotte's Web and we've looked at fronted adverbials and expanded noun phrases - and that's just in our Maths and English sessions!

In RE, we have looked at where Hinduism began and what is important to Hindus and ourselves. For Science, we recapped our knowledge of materials and seasons ready for starting our States of Matter topic. As part of our Values sessions, we have looked at what makes a good 'Self Manager' and what 'Respect' means to us.

Take a look at some of the brilliant work we've created this week by: 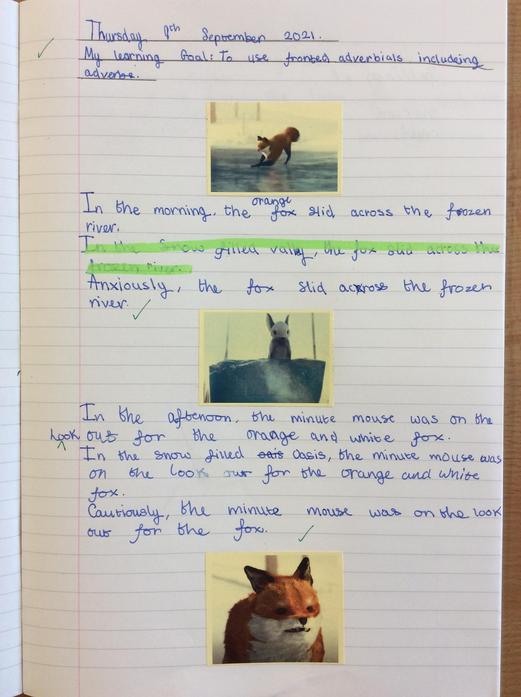 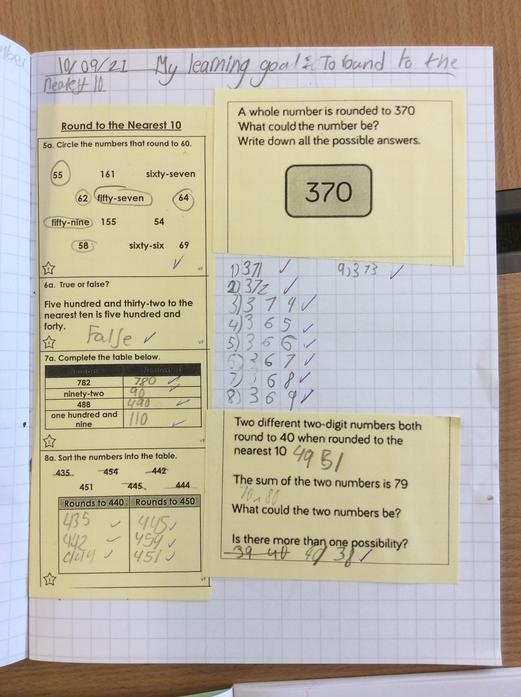 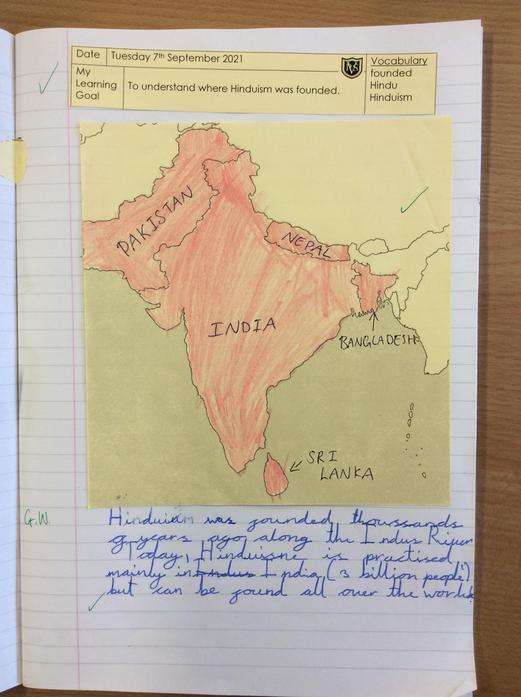